From @eveensler author of one of the most influential works of the twentieth century – #TheVaginaMonologues – and one of @newsweek’s “150 Women Who Changed the World,” comes a powerful, life-changing examination of abuse and atonement.

Like millions of women, Eve Ensler has been waiting much of her lifetime for an apology. Sexually and physically abused by her father, Eve has struggled her whole life from this betrayal, longing for an honest reckoning from a man who is long dead. After years of work as an anti-violence activist, she decided she would wait no longer; an apology could be imagined, by her, for her, to her. @theapology, written by Eve from her father’s point of view in the words she longed to hear, attempts to transform the abuse she suffered with unflinching truthfulness, compassion, and an expansive vision for the future.

Remarkable and original, The Apology is an acutely transformational look at how, from the wounds of sexual abuse, we can begin to re-emerge and heal. It is revolutionary, asking everything of each of us: courage, honesty, and forgiveness. 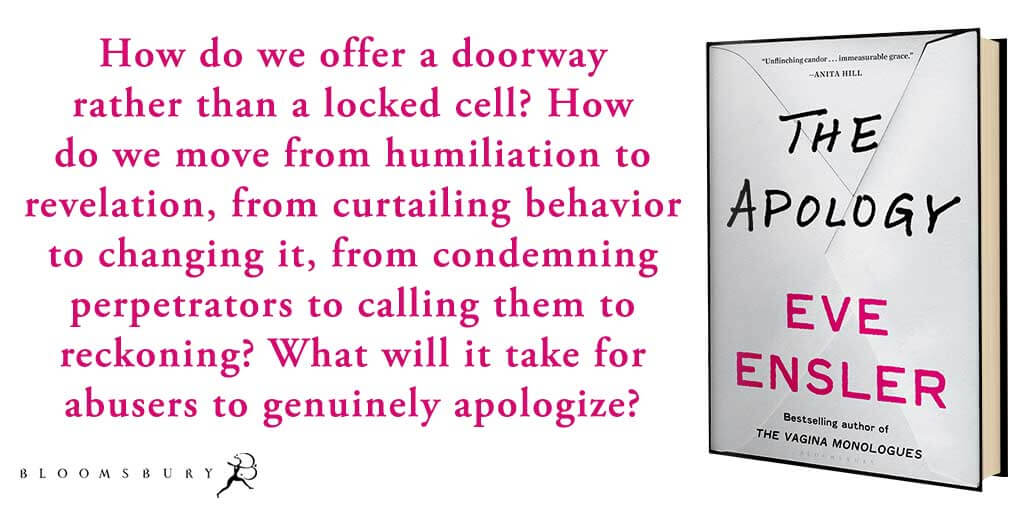 WRITE YOUR OWN APOLOGY HERE 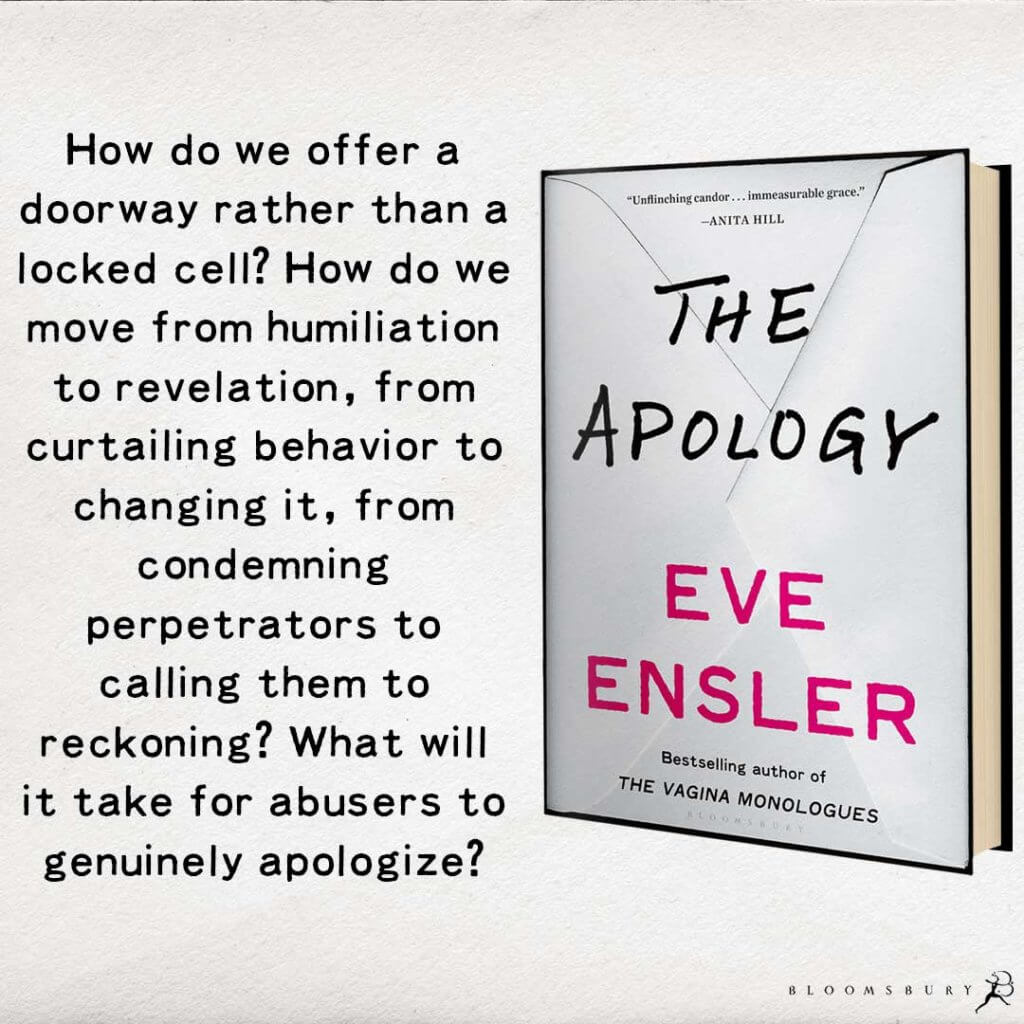 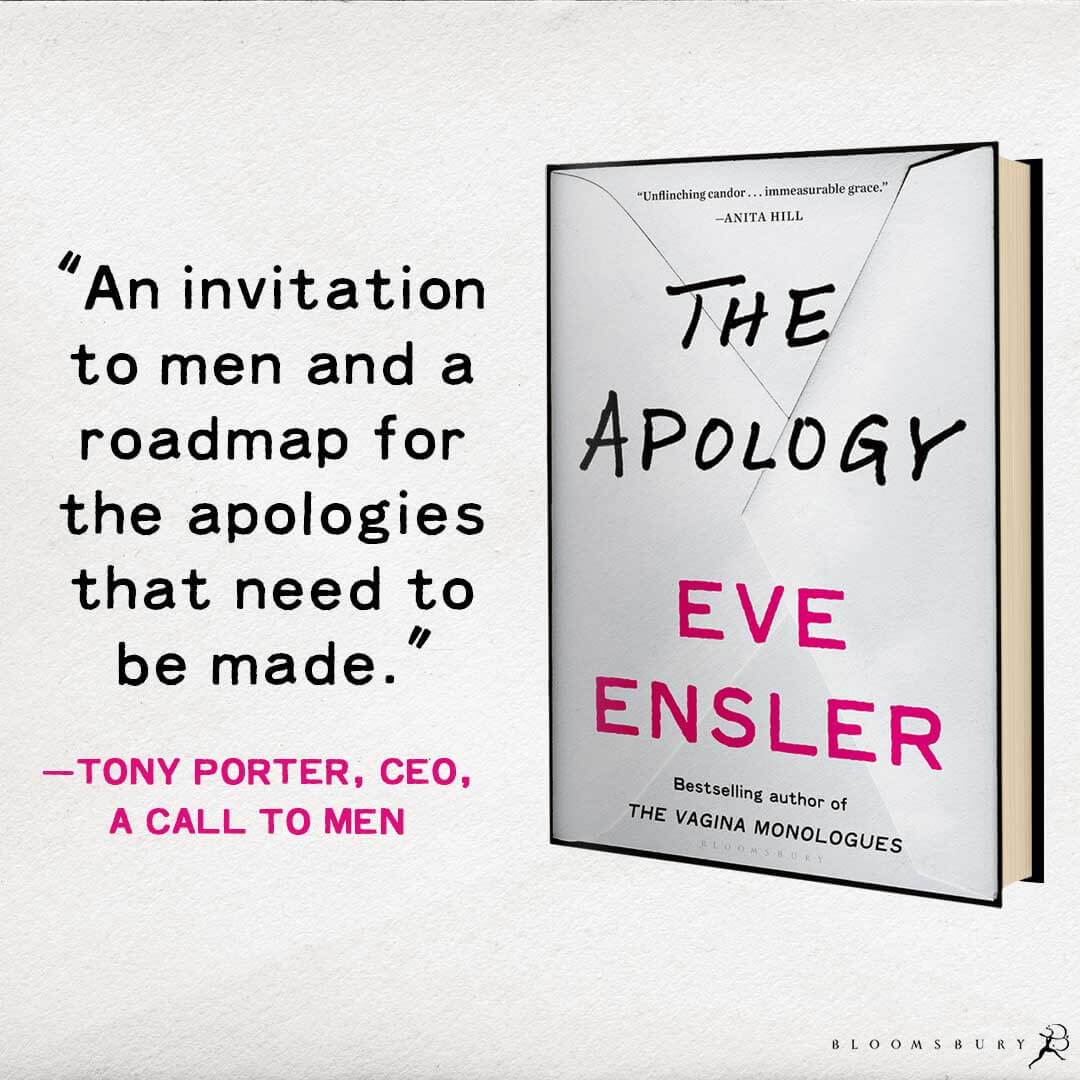 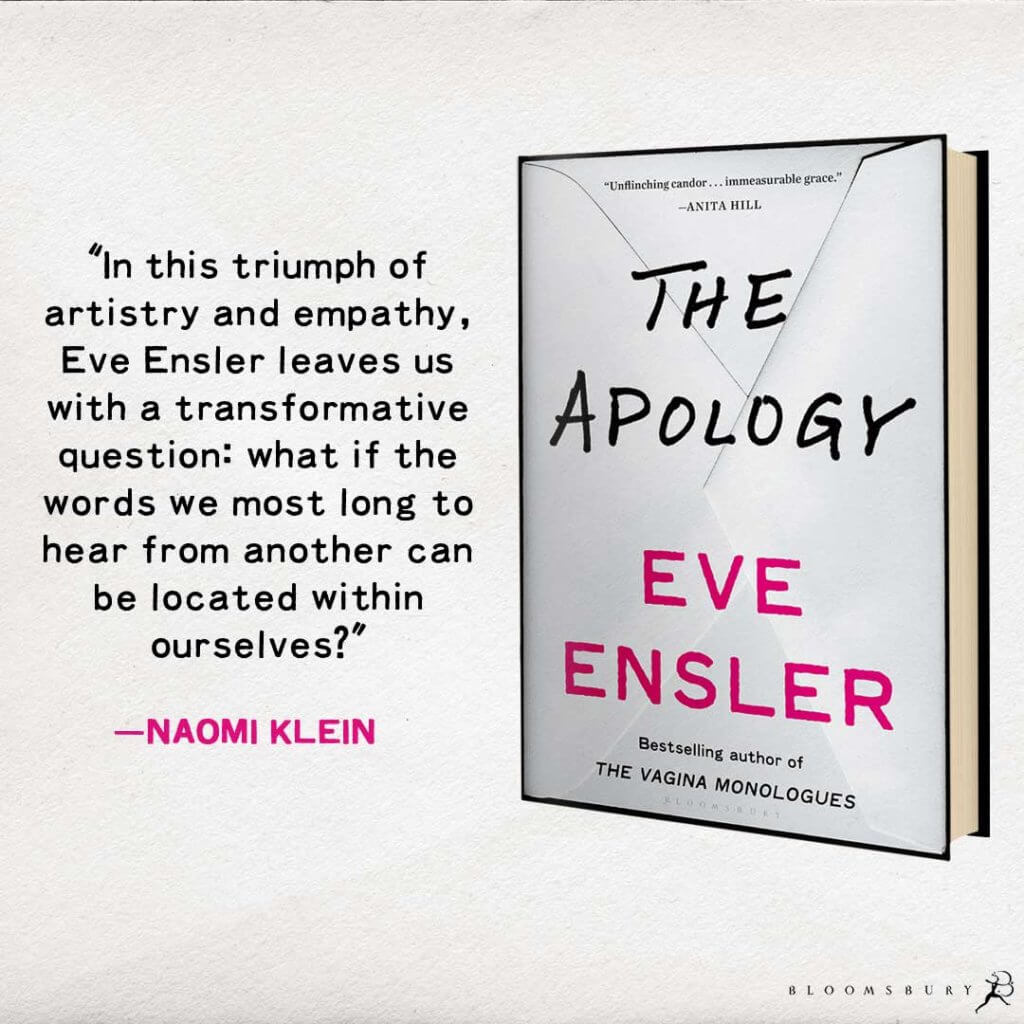 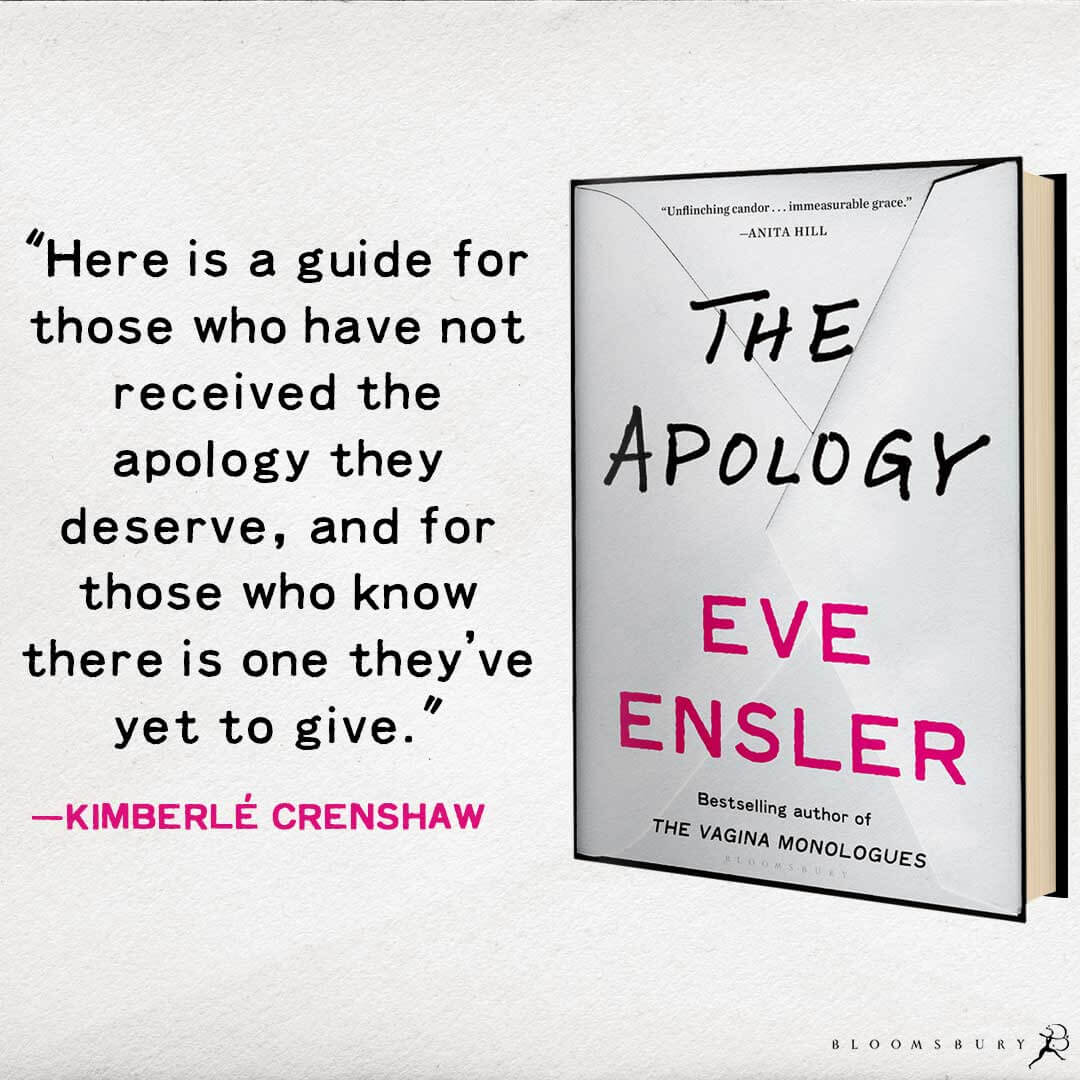